I've been playing a bit with forms lately and doing some inventing of my own, typically for the constraint which helps me to write. This is a reflection of one of those forms - which my forms make little sense and still involve little to no rhyme scheme - I can't be bothered with it, not being able to use the best word is too constraining. I've done the rhyme thing and mostly wrote sonnets and the like during my juvenilia. 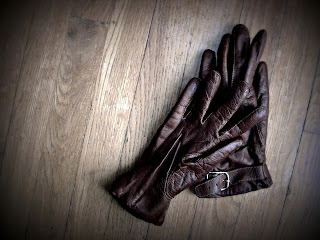 the moment smells of sweat
lying unrested
wearing a buckle attached
tight to a belt,
fastened loose, but
for safe keeping

left lying on the floor
where dropped, dark
brown, augments worn and pale planks
obfuscating
a vision, past, present
a moment varied

image from Willow at Magpie Tales #46


Now I need a title. Again to reference the image without utilizing the image. Does the poem require the image?

I think I talk too much.


Especially in sleep.
From the mind of Jhon Baker at 11:45 AM

Email ThisBlogThis!Share to TwitterShare to FacebookShare to Pinterest
what I felt it was all about: on poetry, prompted poetry