The RoadKill zen Journal still has the issue up which contains the poem Togethercoloured.

Theater Underground has stated that they are going to be putting up accepted poem number two soon. I will make you aware.
Theater Underground and I were in talks for me to perform a reading during the intermission to their upcoming (this weekend, next weekend). I had thought everything was a go but have not heard from them since I last did when things were undecided. Well, it's opening night, I've kicked Narcotics or I am kicking them so there are now pain and withdraw issues to contend with and of course, it is too late for me to get ready for such a thing; even if they were going to ask which it is now painfully obvious that they in fact are not.

those be the noonish updates today, do not expect these everyday. Today I wanted to bring attention to RKzJ and to this: I hate when a submission goes out and there is no response. I hate it when people believe it is better to ignore an issue than deal with the problem.
here's what it looks like when I write the poison pen letters. 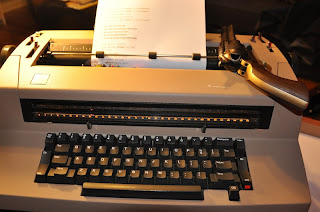 both of them are loaded.
From the mind of Jhon Baker at 11:50 AM

Email ThisBlogThis!Share to TwitterShare to FacebookShare to Pinterest
what I felt it was all about: Guns, medications, published