I keep thinking that I am in the middle of an existential crisis and am existing through some kind of creative drought. Neither are true, which gives credence to the former, but even still, existentially I am already aware I am wholly responsible for all my actions. Or I should say I already understand and accept as it conveys the proper truth that simply saying 'aware' does not.
As for the creative or Literary drought, I can look and see the output - it is higher than any previous year except when I was a teen and early twenties when I mostly wrote crap and was going out of my mind, delusional and electrocuted. Mostly then I excelled at being an asshole - a reflection of my surroundings which the insanity was also or maybe not but probably. 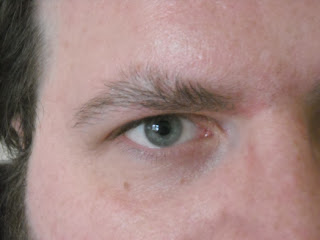 It is that I want to be writing more, I want to be creating constantly, the two finished stories and one nearly so along with forty some pages of poetry and a handful in the works all go to state my creativity is high then in those moments where I am not writing I start to think that I need to be. It is that my mind used to teem with ideas and now it does not. It comes up with an idea and then dedicates it to paper and works it out.
The ideas are still there, they just no longer scream, I should have said noise instead of ideas or go back and correct it now but I am not going to.
There is little noise now, and it makes creating easier. I don't require the chaos but thinking now that it is enjoyed to some degree. They were surprised when I said I felt I was getting better when they say most people report they cannot create on similar medications. I think that there is a genuineness behind an ability to perform while on multiple medications. I think if you cannot be creative on things that stabilize you and quiet the noise to a degree then maybe you really ought to stop trying altogether and try something else.
I was going to qualify that and am not now, it needs no explanation.

I find poems in the
margins of books I’ve read
or tried reading
only to find them
poking out and asking
to be recognized.
and I may.
such as…
I run to catch up to you
tho my hair is mussed
and I’ve forgotten my glasses.

well,
I’m left now to wonder
if I caught my presumed lover.
I don’t know.
should it be recognized that it
may have been
someone else?


Published today at Literary Tonic. The poem - 'dying roses are not broken promises' - I am obviously going to support the site but I thought it was a great one before I submitted there, otherwise I wouldn't have submitted. Go there, comment, don't comment, light the candles, put on the incense, and give yourself a hard time.
From the mind of Jhon Baker at 7:41 AM

Email ThisBlogThis!Share to TwitterShare to FacebookShare to Pinterest
what I felt it was all about: existentialism, psychosis, published