04/20/1808 Nepoleon became. 04/20/1889 Hitler became. Who would have guessed, two despots in one day.
And in 1999 I remember I was smoking a cigarette with a college friend by name of Matt, in the fire escape on building 600 on S. Michigan - up around the eighth floor when he told me about the Columbine massacre, it would be the last day I could safely wear my trench coat without wild eyed stares for about a year and a half.

Day two at Literary Tonic. Go there if you have not.

I've never understood liberals. Nothing has ever been liberated without the use of firearms.
I am a member of both the NRA and HRC and ACLU and various other acronyms - I see no dispute between these memberships.
I do not plan on liberating anything with my firearms - except a few bullets from their casings toward wooden and paper targets that never harmed anyone intentionally, this is no reason not to take my rage over paper cuts and splinters out on them. Both of those things hurt but not as much as compartment syndrome and while I do not shoot my leg (though I want to sometimes) I do shoot paper targets and wooden objects meant for blowing holes into. 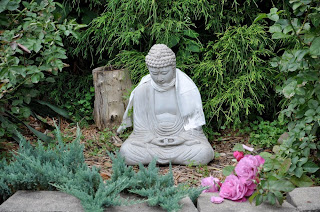 this is a dislocation


this is a
dislocation

a skillful assemblage of
et ceteras and
et ceteras

a loose impersonation of self
overlooking and
never sighting self

Our culture is jazz, blues
and poor elocution

a fragility of coffee house
poets and the war
machine


of course I was joking. There was Orange juice involved.
From the mind of Jhon Baker at 9:00 AM

Email ThisBlogThis!Share to TwitterShare to FacebookShare to Pinterest
what I felt it was all about: Buddhism, despots, politics